Jacksonville Jaguars rookie Travis Etienne had foot surgery Thursday and all went well, according to the running back himself.

"Surgery went great, thanks to everyone for all the love & support! Road to Recovery starts now!" Etienne tweeted post-operation.

Etienne suffered a Lisfranc injury to his left foot during the second quarter of a 23-21 preseason loss at New Orleans on Aug. 23. The surgery was set to be performed by Dr. Robert Anderson.

Etienne, 22, was selected by the Jaguars with the 25th overall pick after they took his college teammate, quarterback Trevor Lawrence, with the No. 1 pick.

Etienne is the all-time-leading rusher in Atlantic Coast Conference history after running for 4,952 yards in four seasons (55 games) at Clemson.

Coach Urban Meyer said after the injury that he wasn't sure how his team would fill the void left by Etienne.

"It was a shot to the jaw," Meyer said. "He was really coming on in practice. We saw his big-play ability in practice, not in a game yet. (It's) a tough injury. How do we fill that? We're still having that conversation right now." 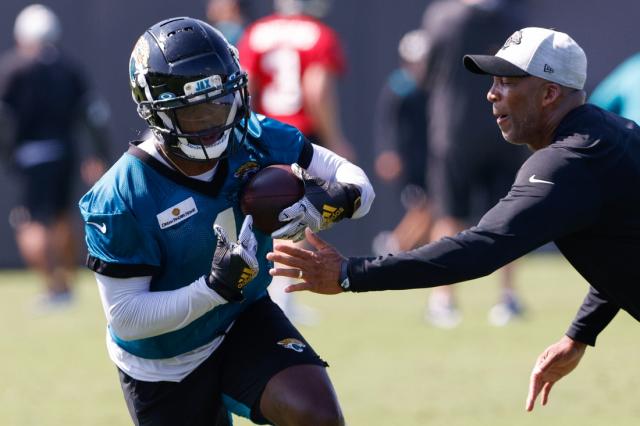